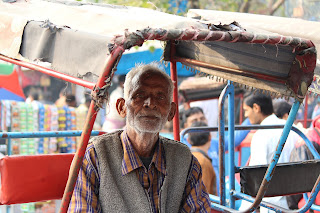 The debates over the country’s total lockdown due to the coronavirus pandemic have started. One topic of discussion is “is this lockdown a deception for migrant laborers in India?”. The decision of total lockdown was enforced by the Indian government on 24 March 2020.

Though India is the second-largest democratic country in the world, it is understandable that it was not an easy decision to isolate 1.3 billion people in their own houses. Media, across the world, welcomed this decision of the Indian government but there are many people who are saying that the government took this decision in a hurry.

In the last couple of days, the situation became worse on the ground level when the reports of the migrant laborers leaving respective cities circulated in media and the internet. According to the reports, thousands and thousands of migrant laborers started walking hundreds of kilometers towards their home states. Neither they have food nor shelter yet, they are have to complete miles of the journey with their family otherwise they will die of starvation. The question is that who is responsible for this disastrous situation, the government or the media?

From the very first day, the government announced that nobody will sleep in hunger during this lockdown situation. All the state government said that they will arrange food and shelter for everyone. There is no need to be panic. But yes, that is not enough for natural human fear. People were scared and confused.

Many victims say they waited 2 days for being the normal situation during Janta curfew. But when the government decided to extend the lockdown for 21 days, leaving migrant laborers no option to feed themselves. Factories, companies, shops, malls …everything is locked. Not even accessibility, how they even could manage money to feed themselves and the family during the lockdown? They are frightened. When such a situation comes, humans try to reach their homes naturally. They think this is the only place where they can feel safe. And this is exactly what happened on the Delhi UP border, the migrant laborers just wanted to reach home as soon as possible.

In the starting, a few of them started their journey on foot with their family. Now it was the turn of media to cover this story. Obviously, they want high TRP. Once the news of laborers on foot got broadcasted on the news channels, people started sharing this on social media. This was enough to hit the frightening trigger for the whole migrant laborers.

Millions of them are on the roads across the country. The fear of hunger and reach home covered up the fear of death. They are right. They are saying that lockdown is just a deception. Actually, the government wants to kill us by hunger. We can’t expect more than this from an uneducated and poor person. Daily two meal is the main motto of their life.

Now the government has grappled in the exodus situation of migrant laborers. The opposition leaders have been criticizing the government for the mal implementation of Lockdown. They are claiming that People should have given a few days for preparing themselves.