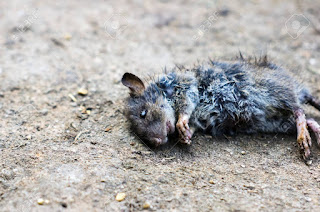 Coronavirus pandemic is on its peak and the whole world is battling with this disaster. It’s been so long since the world has listened to a piece of good news. Coronavirus has covered all the news channels, social media and family talk. People are scared and don’t dare to go outside. Almost the entire earth is locked down. Amid this frightening situation, another disease, another virus took a knock on the door. The Hantavirus.

It happened that the news of the death of a Chinese man due to Hantavirus had spread on Twitter on 24 March 2020. Immediately people started sharing this news on social media because of the shocking connection between China and the virus. Some news channels even broadcasted it. The news was posted on a twitter account of a state-run newspaper, Global Times. It said “A person from Yunnan Province died while on his way back to Shandong Province for work on a chartered bus on Monday. He was tested positive for hantavirus. The other 32 people on the bus were tested as well.”

Is Hantavirus new to the world?

No, it is not. The history of the Hantavirus is very old. Hantavirus (Orthohantavirus) belongs to the Bunyaviridae RNA viruses family. According to Dr. Ho Wang Lee, a South Korean epidemiologist, the genus of this virus matches a disease that had spread in the Chinese region dated back to 960 AD.
During the American-Korean war (1950-53) a new type of fever brought out caused by a Hantavirus infection. Since the virus was discovered near to Hantan River area, researchers called it Hantavirus. The last well-known spread of this virus was recorded in the southwestern part of the United States in 1993.

How Hantavirus born and spread?

According to the Centers for Disease Control and Prevention, Hantavirus born and spread mainly by rodents. It is found that only rodents can carry this virus. Human infection due to this virus can cause many dangerous health issues. When Hantavirus infected rodents roam around the human area, they spread this virus through their urine, dropping, Slavia and bite.

A big no. According to the Centers for Disease Control and Prevention, there has no case registred of this virus in person-to-person transmission until now. Though few rare cases were found in Chile and Argentina where the transmission was spread via humans because of very close contact. The study found that they were already very ill health before the infection of Hantavirus. The infection of Hantavirus is known as Hantavirus Pulmonary Syndrome (HPS).

What are the Symptoms of Hantavirus Pulmonary Syndrome

You should know that the mortality rate of HPS is 10%. It is higher than the Coronavirus. That’s why this disease has listed in fatal diseases. Early symptoms of this disease are

Late symptoms generally take 10 days to appear. They might be shortening of breathing,  coughing and chest pain due to filling.

There is no proved treatment, cure or vaccine of HPS. It has been found that if the HPS infection may be recognized early, the patient may recover but in severe cases, it is almost impossible to cure.

Prevention the best solution to any disease. In the case of Hantavirus, you just need to do one thing. Block your home, workplace, and sites from rodents. You may place traps to catch them like we have seen our grandparents did. Fill the holes and gaps. Simple, the less contact you would make with rodents, the more you would succeed to keep Hantavirus away from you.