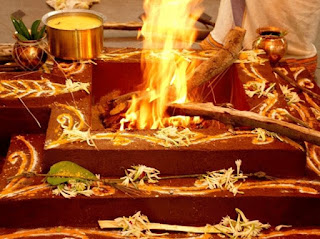 Every culture has its own ancient history and glory. And trust me, it is very interesting to know about it. There is a unique way of any culture to display its identity. For example, shaking hands was introduced by western culture. Similarly, Indian culture has Namaste to greet others.

Today the world is facing the pandemic Coronavirus threat. Positive cases and death numbers are rising. Countries are shutting down their airports and making total lockdown decisions. The world economy and share market are crashing. Everything is messed up. In this miserable time, I am going to tell you about some ancient Indian methods which were considered funny earlier by many people, but today we are witnessing that those methods are really important to prevent the pandemic threat.

Let’s discuss one by one.

Namaste is an Indian gesture method to greet others. Earlier people used to think that this is part of Yoga only. But no it is not, neither it makes you a Hindu. There is a science behind it and our predecessors knew it. In every century, the human race faced a similar kind of pandemic threat. History is proof of it. It might be possible that, in India, ancestors found this Namaste gesture to prevent an individual from any contagion touch.

Today I believe in this possibility. Many world leaders adopted this greeting gestures on big stages. Mr. President, Donald Trump, is a fine example of it.

What is Yoga? Yoga is the way of life. As per reports of WHO, people who have a weak immune system are at high risk in this pandemic situation. Death reports confirm it also. And why we need a piece of paper to prove this? It is common. I don’t say that Gyming is bad and doesn’t help in boosting the immune system. Definitely, it does. But do you have your own space for gyming or you visit a gym? And also, people do the gym together in a close air-conditioned room generally.
So my intelligent readers, do you think that it is good to do the workout in a close compartment and hoping that contagion disease will not touch you? Your answer would No. Then what is the other way? Here is yoga. For yoga, you don’t need a room or gathering of people. You simply can do it alone, anywhere.
Do you think that in ancient times people didn’t about the stout body? Of course, they did. But they supported yoga more because they knew the value of yoga. And it heals you from Inside and prepares you to prevent the pandemic threat.

People misinterpreted things. People say Yajna was a sacrifice ritual in Vedic culture. But the truth condemns it. Yajna was a logical Vedic ritual. It is based on the purity of fire. See, fire is the purest form of earthly elements. Everything goes into the fire, loses its physical form. In Vedic Yajna, the performers used many natural herbs and Ghee.
When all these things go into the fire, a beautiful scent of them and smoke spread everywhere. This smoke helps in cleansing the environment air. This is possible because of the smoke’s chemical properties. You should not be shocked after reading this.
Today, governments are sensitizing public places with chemical smoke. You might have seen some face masked people using smoke guns and doing it. If the same thing could be compared with Yajna, do you think our ancient Indian culture taught us stupid things? I say no. Our predecessors were genius people and knew how to keep our environment clean and prevent pandemic diseases.