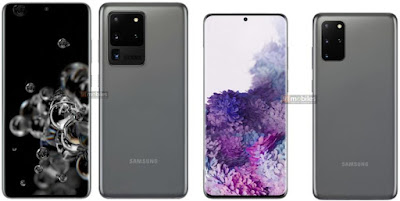 Samsung Galaxy S20 series: Shortfalls of Galaxy S series
Finally, Samsung launched its much-awaited flagship smartphone Galaxy S series of 2020.  Samsung officially uncovered three new smartphone series – Galaxy 20 ultra, Galaxy S20 and Galaxy S20+ in Samsung event held in San Francisco. These smartphones come along with the super tech specs and finally, numerous leaked rumours about these smartphones had halted. As per the company, these smartphones deliver desired tech specs of a customer in his smartphone. New 120Hz display, innovative quad-camera setup are the main highlights of these smartphones. It is nothing new because whenever Samsung unveiled its S series, display and camera are the main themes.
Samsung is a trendsetter in the aspect of the new camera setup and display. But if you would narrowly study the competition, Samsung vs Apple, one thing you would find why Samsung is not more reliable over Apple. Here I will write few drawbacks of Samsung Galaxy S series smartphones which are really noteworthy. Usually, users avoid them before buying Galaxy smartphones. Here I am not complaining. But whatever drawbacks I felt while using a Galaxy S series smartphone, I just want to share with you all. Let’s start them

What I mean here is that any new Samsung Galaxy S series smartphone promise only two new android updates. This is a major drawback. For example, if you buy Galaxy S20 today with android 10, you would only be eligible to receive android 11 and android 12. Isn’t it ridiculous when you invest almost 100K and every year the Android operating system roll out a new one?  Android authority already rolled out Android 11 operating system in Google pixel series and these new S series smartphones come with Android 10. That means, practically you would get an old version of the operating system, Android 11 and a new Android 12. This might not be a big issue for a rich customer but for a user who wants to invest his money for two or three years and stay updated for this period, Samsung is not for them. On the other hand, in Apple iPhones, a user would receive new iOS till he is tired of his iPhone and intensely throw it in the bin. The same story happens with Google Pixel smartphones. Google is the owner of Android so obviously, this is not a surprise.

2. Two app stores in one phone

3. Plenty of biometric and security options

Why so many security options? Fingerprint, Face detection, Iris scanner, pattern, pin code and security code. One or two are security options are more than enough. Samsung Galaxy S series provides several security options for the user. But this is also absurd. I don’t think people use all of them. Stick with one or two options only. Just like iPhone and pixel phone. Many critics praise this approach of Samsung but on the ground, this is not a big breakthrough. Fingerprint security is more popular than others. In iPhones, Apple provides only pin code and Face recognition security features.