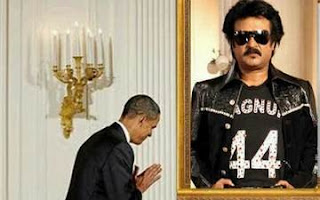 Why is Bollywood garbage? What traits can it improve on?
Let’s discuss.
For starters, please don’t hate me after reading this. I am just trying to reveal what we are missing in our Bollywood movies these days. First, I want you to understand that cinema is not just an entertainment platform, it is much more than that. People say it is the mirror of society.
Indian cinema produces more than 1200 movies in a year and spends 140 Billion INR. There was a golden period of Bollywood movie when the numbers of movies produced every year were less but the content and the quality were superb.
In 2020, people no longer want to watch Bollywood movies. Bollywood audience has shifted to internet platforms and love watching English movies. Now the question is what wrong things are happening in Bollywood movies?

I agree that Romance is part of Indian movies. But do you really think that in a good storyline, romance is compulsory to include? I think NO. But most Indian movies screen haggish and unnecessary romantic scenes. They haven’t changed over the years also. Just repeating the same romantic bullshit in every film. You may compare most of the Bollywood films and I am sure, you would find the same streamline.
The romance between an old hero and a very young girl is also out of this world. hahaha

2. Acting is secondary, the look is primary

If you have abs, glamours look, and a nice hairstyle, then I don’t think you need good acting skills to enter the Bollywood. There are many examples of it. Sunny Leone, Katrina Kaif, Siddarth Malhotra, Tiger Shroff, Nora Fatehi. They even don’t know how to deliver a dialogue but still, they are big stars in this industry. Good actors are mostly underrated.
People just waste their money to watch them. Okay! Do one thing, buy a glamorous big size of a poster of them and worship it daily in the morning. Ah! I am sorry. Why poster? You are following them on Instagram and other social platforms, you may watch them every second.

Another big issue with Bollywood movies. In the present time, either they are copying Hollywood/South movies or just delivering nudism on the screen. They can’t even copy others perfectly. I don’t know what Bollywood story writers are doing. They have failed to deliver good stories. The plots, drama, scenes, and stories don’t match each other.

4. The era of remix item songs

Pathetic and rubbish way to impress the audience. I am not against woman empowerment. They can do whatever they want to do. But using womanhood to impress the audience is not justified. Neither in the reel life nor in real life. Now Bollywood is spoiling every beautiful song of old movies after launching them as a remix. In that remix, mostly hot actresses dance and surprisingly, it is not connected to the story. Why? Is it not crappy?

I don’t know in which category we can put Bollywood movies. They even don’t even justify the artistic angle of the movies. They start with trash and end with trash. In the golden era of Bollywood, it delivered some finest movies of the world like Mother India (1957), Bootpolish (1954), Kagaz Ke Phool (1959), etc.
These movies touched the heart of the audience. Why? Because a hidden social message was included in them. They were screened on the base of Indian philosophy and logic. Now actors like Rajnikanth can do those things which are out of this universe.